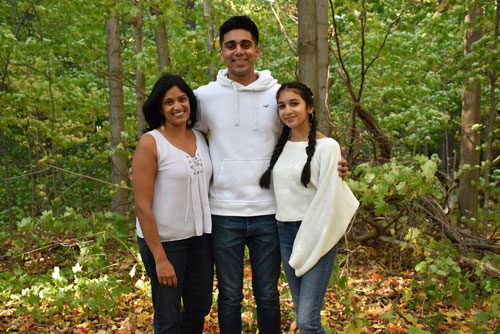 I was tired of working 60 to 80 hours a week in my corporate Canada executive career, knowing I had hit a ceiling on my income — not because I am East Indian or a woman, but because corporate has an innate cap on the income someone can make. I no longer felt I was making enough of a difference in the world like I used to when I was an anti-racism and diversity consultant in my early career. LegalShield found me truly accidentally; I saw a car with a LegalShield logo on it, and I chased it on the highway (still don’t know why, but I am grateful for the universe helping me). I contacted the associate and learned of this amazing service. I was three years into a horrific divorce, and I knew that the legal system was broken, unfair and no good to either side. As soon as I saw the information, I was so excited that I could get affordable help for so many little things, rather than calling my $400 an hour lawyer. And, just as quickly, I was angry that no one had shared this service with me sooner. I knew I had to tell others, and I was told the company had a business opportunity as well. I thought, “Wow, if this company wants to pay me for something I would do for free, I am smart enough to take the opportunity.”

With my life in shambles between a court battle fighting to keep my two young kids, keeping my head above water financially and trying to keep my career intact, I started sharing something I truly believed in. I really didn’t consider it a business or career, but it was a great way to make some income while my finances were bleeding from the horrible legal battle. I was told to get into Performance Club and stay there. I am proud to say I have never missed PCPro qualifications in eight years. For four years, I continued to help people understand the power of our service, recruit people and marvel at the level of personal development that this LegalShield family poured into me. I never missed a big event, and at one such conference, I finally understood the concept of residual income. At that moment is when I realized I could (and should) only do LegalShield. Not only could I earn an income, but I could build a legacy for my family. I could show my two children, Tegh and Jeeya, that they can help others, make a difference and impact lives.

To me, earning the $100,000 Ring means that I am on the right path to change my family legacy, be the role model to my kids and show anyone else that needs to know … that even a divorced East Indian single mom of two, when given the chance, has the same equal opportunity for success as anyone else. Dream big and be bold!